Issue I: Labyrinthine Poetry and Prose 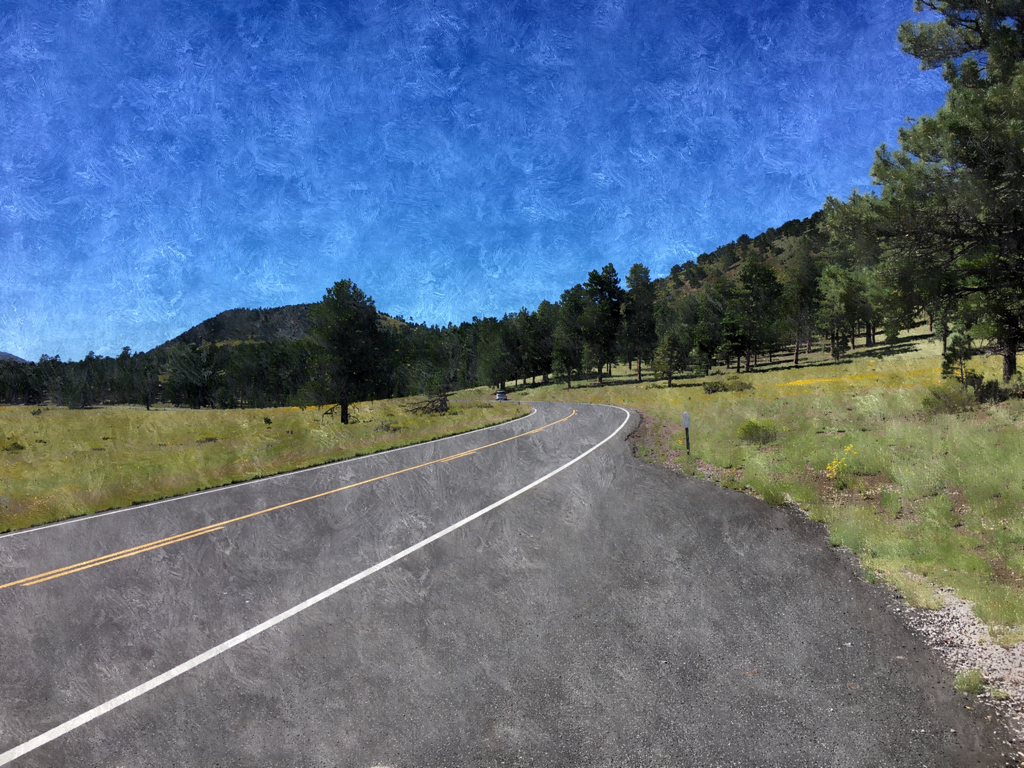 I remember going up to papa and asking him if he believed in life after death. He said many words and even stuttered a few times but he ultimately said “yes, I do believe.”

In December, I walked the streets of Little Mexico and thought about the futile efforts of all the homeless I saw amongst the grime. Their hands were like two used baseball gloves; dirty and rough from being used. I even made eye contact with a few of them and they seemed to be soulless. The idea of being like them terrified me but at the tender age of fifteen I could not do much more than what I already did.

Papa needed help in the garden so I helped him. He also needed help with Alana and Isabelle. I helped him with them too as they were my sisters. Both were toddlers and needed the care they missed from my late mama.

I still remember the day she passed like it was just yesterday. The stones in our fire looked evil as I stared into it and the dirt picked up and tossed itself around us as we tried to mourn. That was the day I decided that I didn't want to wear crosses; they were a reminder of mama. I know that it was not right but I didn't want to feel that pain again.

Afterwards, I decided to leave town in hopes of finding refuge in something else that did not remind me of what I lost. So I traveled to Tucson, El Cajon, San Diego and San Francisco. I spent four years as a drifter and although I met many lovely people with great tales to share, I found myself amongst the homeless. When I decided that I didn't want to travel anymore, I jumped aboard a train that was heading to Laveen.

For several days and several nights, I found myself praying to the Lord. Even though I fled town, I could not flee the Lord. The only reason I decided to leave was to avoid what I feared. Yet I slept with the homeless and fed with the lowest of castes, I did not come full circle at that time.
​
Out of the people I saw and the places I traveled to, it was Little Mexico that completed the circle. I realized that from the moment of fear to the moment of peace, I conquered the loss of mama. Sunday was the first day I wore a cross again and every Sunday after that I ate Enchiladas with papa. Every now and again, I wondered what meaning the places would give me later on but papa always said thought was the doorway to doubt. He also told me to finish my enchiladas because it took over two hours to finish cooking so with a mouthful, I smiled and rejoiced in the present. 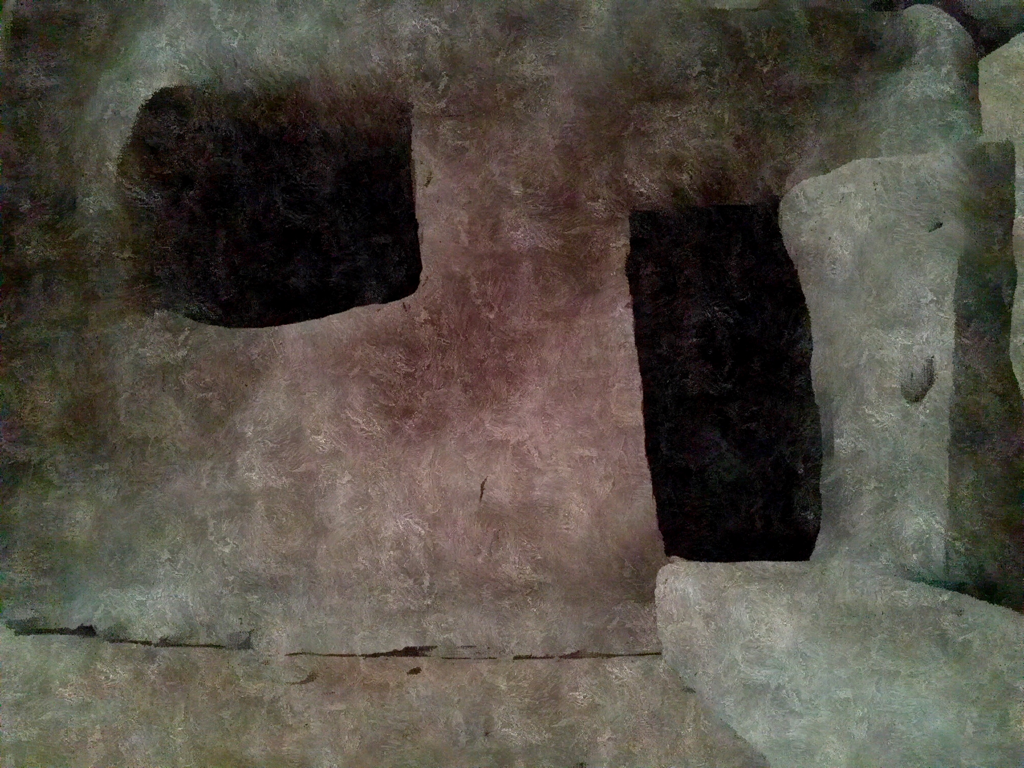 After Dawson and his mother fled Budapest, they traveled to Madrigal and then to New England where they felt somewhat distant from religion altogether. Dawson’s mother denied feeling desperate for understanding and communication even though it was quite obvious that she wanted to be understood (or that her motives mirrored her mood) and all throughout the night she evened the odds in the cupboards where Santiago’s coffee mug sat. It rested just as still and silent as he must have been.

Dawson’s prayers had become something of song lyrics instead of his true words to the Lord. He thought that he had everything if his heart desires nothing else but he still felt obligated to pray at night as if he was paying dues of some sort. That was not the nature of prayer- or at least it shouldn't be. In any sense, God showed himself less and less to Dawson and when he slept he dreamed of Santiago and his friends in the schoolyard instead of the Lord.

On Tuesday afternoon however, the tool shed was trashed. There was a wooden makeshift gate at the end of the walkway near the bushels but it was locked. The one that led to the alleyway was closed as well and none of the locks were forced. Unless someone fit the description of a tall man with an overcoat, the neighbors wouldn't care to wonder- but things did not make sense.

Later that night as Dawson slept, he dreamed of the very same situation. He walked outside to the back where he saw the mess and he looked at both doors and none of them were forced but when he looked inside the tool shed, it went on and on; the inside fancied a wormhole of some kind and its innards were transparent; glowy and tender at the surface.
​
He did not go inside as he was afraid of its sight but when he woke up, he truly wished he did. 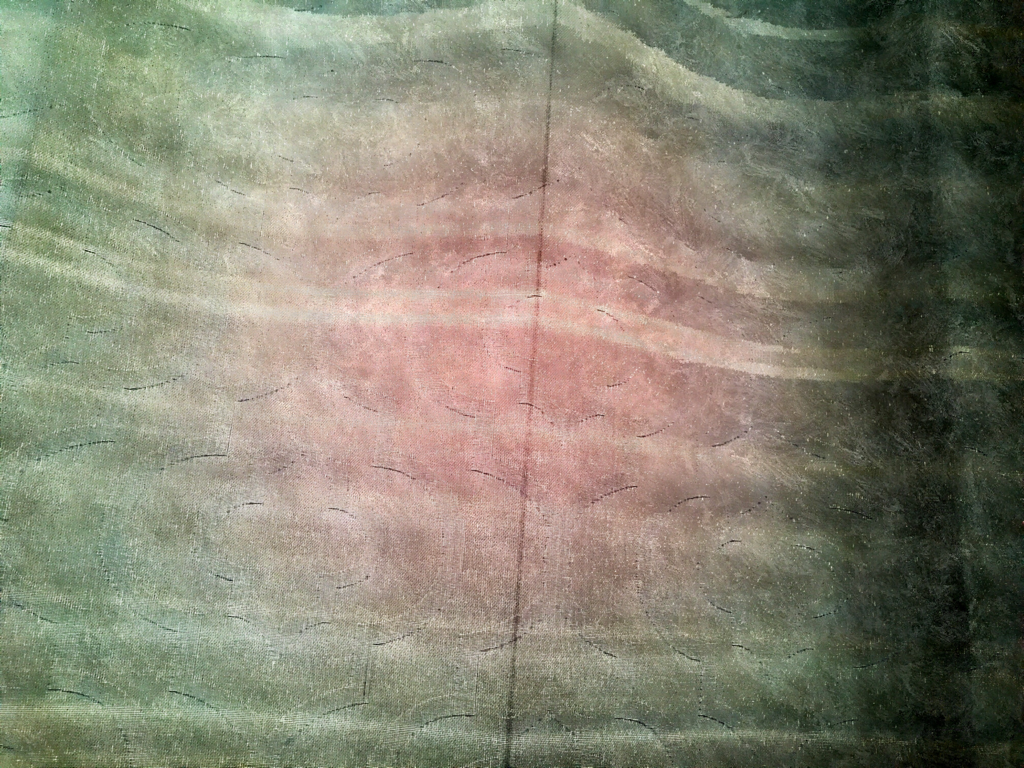 There was always someone to lead my younger sister down a rather golden path where rods did not strike and imps did not tempt. If it was not my father who was leading her, it was me.
My father was a patient man whose scarred hands carried the burdens of our youth. When one would falter to atone, he would give us lessons and then he would pray. When one would stray instead of follow, he would say ah, they have you by the mind but they cannot take your spirit. It is connected to more than just your body.

Living in Budapest seemed to me like something of a dream at first; every acre was filled with lights and the fountain of youth was great with colors that painted the growing me in me. From a distance, of course, everything was swell. It was not until I slept in the bunkers that night when the concept was realized.

“What’s the plan, Talia?” Asked my father, referring to my future. I disliked talking about things so far ahead. It was as if I were a kind of gypsy!

“Well, perhaps I could go to the square and practice music? I've always been fascinated by the idea.”
I saw him scratch his head while looking at me which made me feel insecure so I quickly changed my posture and added, “Or I can always go to school. There's not much luck with folks like us but I guess I can try.”

My father still wasn't satisfied with my answer; or perhaps it was my tone that he disliked. I can never tell with him.
“Go and pave the way for your sister. Go and create a path that she can learn from,” he said.
“So I'm supposed to be the experiment’s test flight?”
He sighed, “I trust in you, darling. Do you trust in yourself?”

During my early twenties, I stood upright along with all the other students at Corvinus University of Budapest. When the trials came, I ducked and they caught the limelight. They slept in threes, fours, drank until they were foolish and started fights that got them kicked out of school. As for me, I dwelled underneath in the abyss. Though I was ordinary, I dealt with issues I thought were designed for only me. I felt as if I was not at peace- as if there was something bothering me. It felt much like the urge to do a task you promised to do only years too late.
Budapest was tall and mighty and I thought I could never see past the big heads with even bigger egos but something changed two weeks later and it came like a mellow night- a feeling of peace.
In all of my years, I could never live up to the tallest head in the city but this day changed my life.
It started with the words Genesis and continued with passages that read to my soul.
One question I always received afterwards from my father was: How did you find such happiness?
I answered and he smiled but only for a little before he would throw on his newsboy hat and carried on out the door. 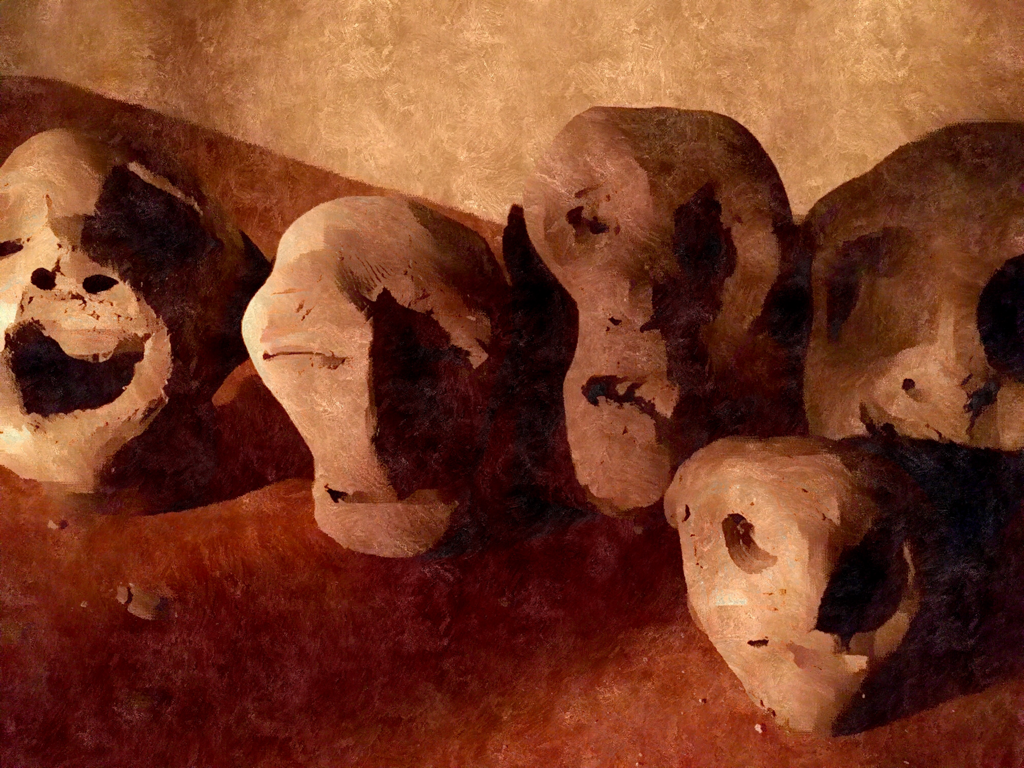 Faces colored black and glum,
Wordless peering through the garden,
Dressed in ashes and in sins,
Faces fervent with eyes of sadness,
Hearts devoid of God and goodness,
Peace fleeing slowly and jaded souls,
These are the ones I see on the way.
These are the ones I see on my walk.
These poor souls have not a clue,
Of God and his glory in endless ways.
Sometimes in the summer days,
They speak to me, their hisses and lisps.
They learn from my humble ways
And so I smile.
​ 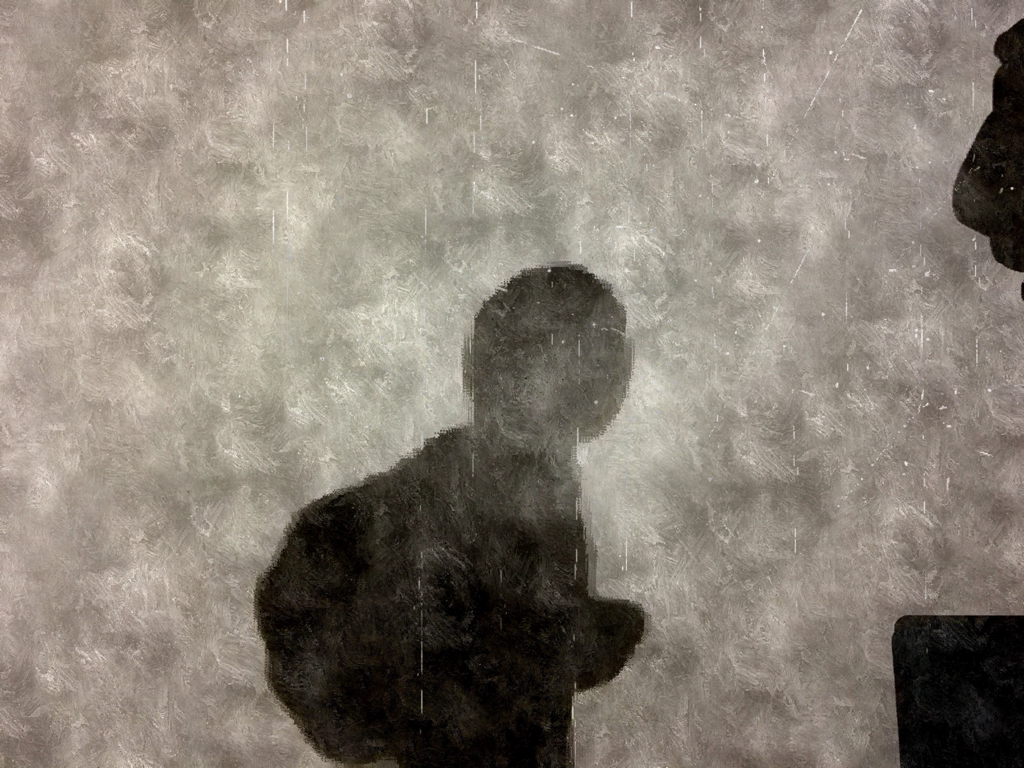 Being a leper all my life
I search for some truth
I seek to be cleansed
Spiritual, not a word
in my vocabulary
Never heard of the notion actually
Leprosy does not allow time for soul-searching
A social pariah, a scourge, a despicable bane
I crave to forsake
My skin flaking off in scales
like that Serpent that led us
astray from our path
When Jesus came along
I was sick but now I am cleansed
I was forlorn but now I am hopeful
I wonder what has become of my mates?
Human ingratitude more
sinister than Satan’s rage. 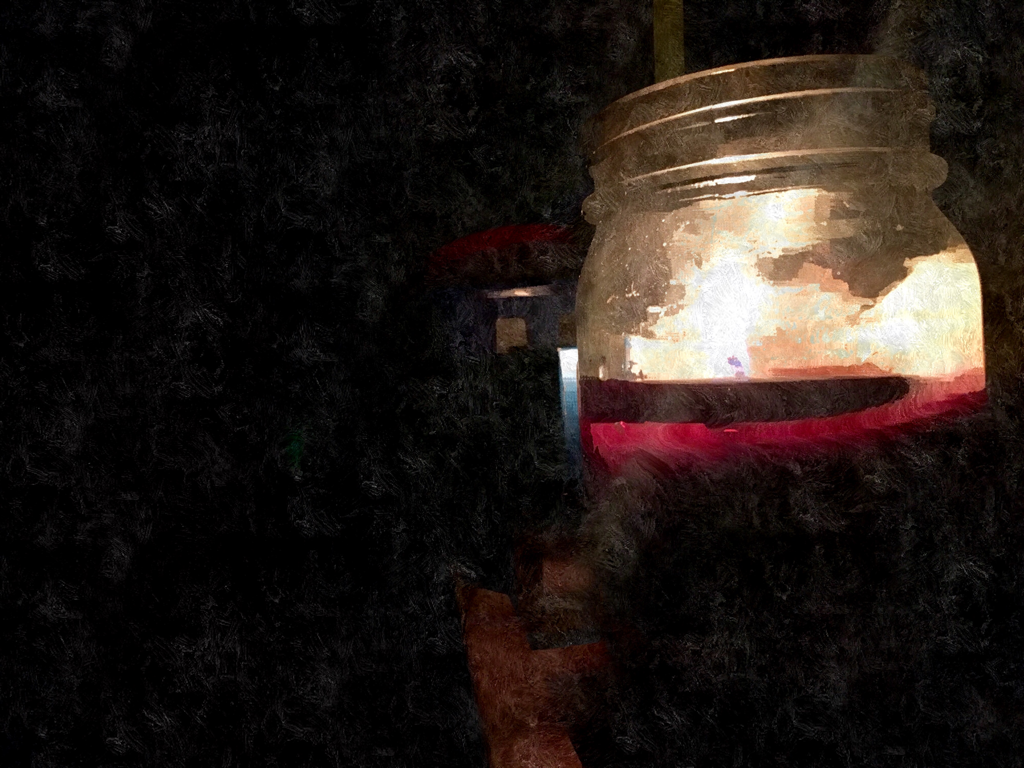 The congregation is full of gratitude ,
magnifies his holiness, loving kindness and compassion.

Beloved Sarah is under the divine wings.
Let her be bound in the garland of lives.
How fortunate is Sarah
Born on the first day of Passover,
Died on the second day of Rosh Hashana
When the gates of heaven are wide open as in Yom Kippur.
Angels are chanting soft hymns
Ascending and descending ladders of light.
The hall bathes in Sarah’s sweet memories.
Soft light streams stained glass windows. 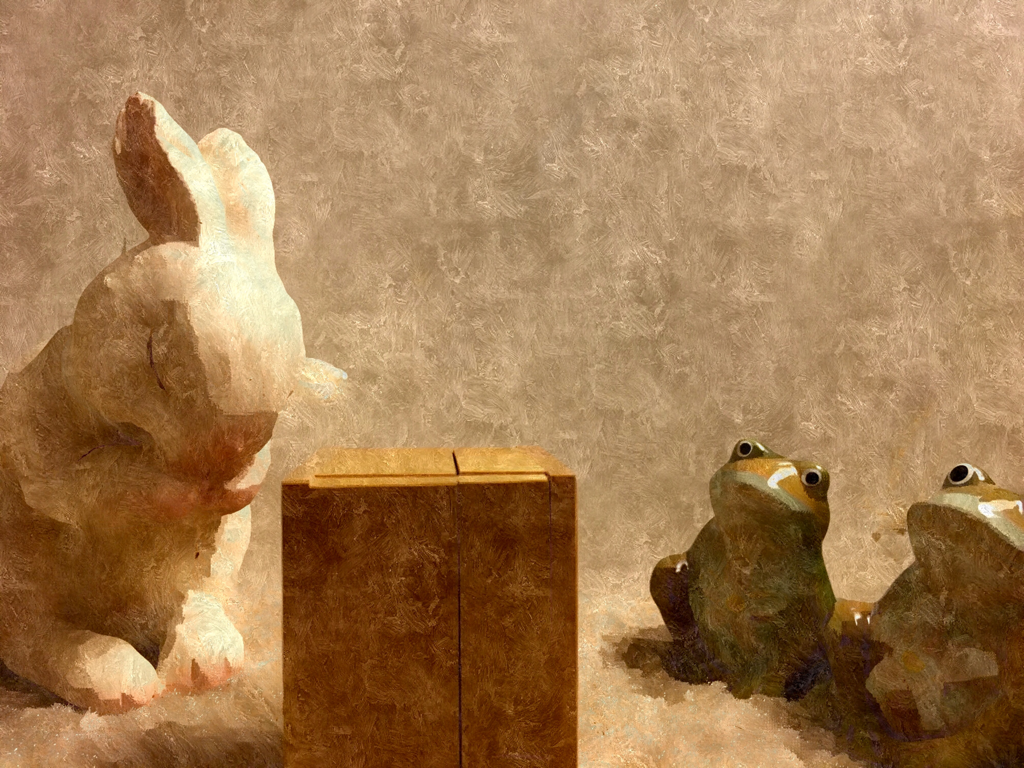 What message can I lift
to help the sick
to comfort the orphan
to bring peace to the world.


​What message can I lift
That opens doors and hearts alike
Brings joy, power and discernment
Defeating strongholds, building bridges
Despite wildernesses whose darkness
Would defeat my quest.


What message can I lift
To shine God’s light
Bring justice and love
To empower during midnight’s hour.


What message can I lift
To please my God
Build faith and trust
Despite unlikely victories
Disappointments and tragedies.


Adversity means nothing
To a God who can do all things
So, like David, I come with my drum. 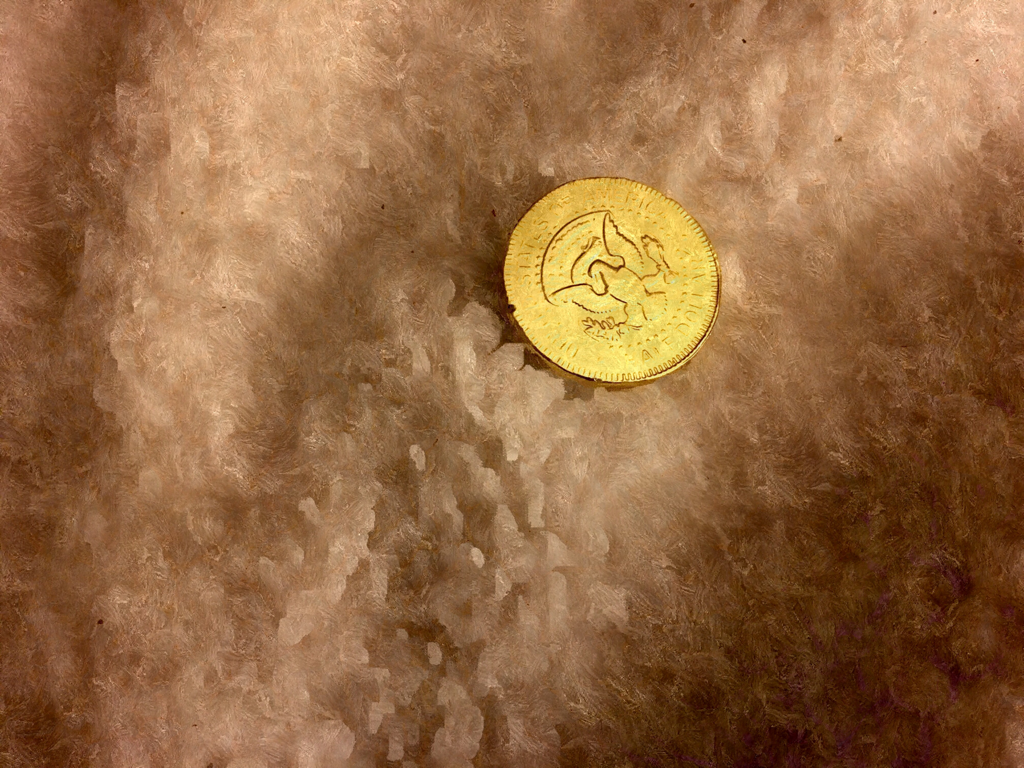 Gracious God of giving dreams;
Thoughts are mine to hold and lest
We keep such little tokens here for lost
And lonely humble faces; dreams go deeper
Down the path and tokens are not much to love,
But giving Gracious God of ours, let this single
Token stand for something; anything of lending
Hands!
What's mine is yours; and ours to hold forever
And in Gracious ways! 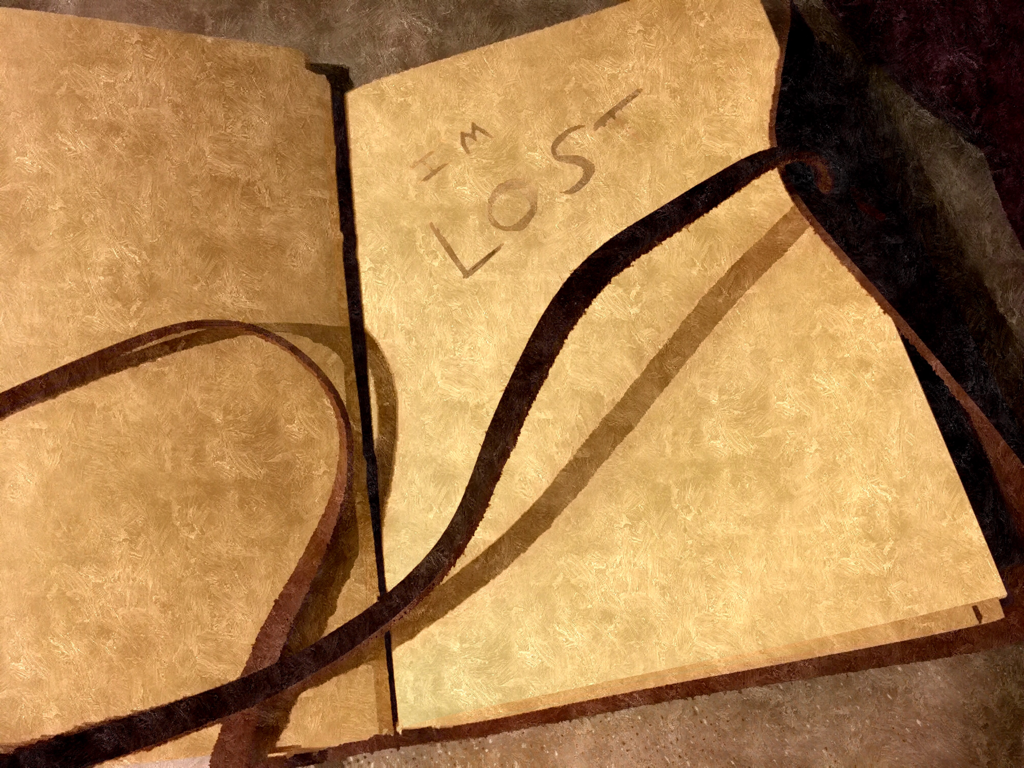 I left my heart in Glady Bay,
And poured my spirits into the pit of
Despond where I managed to see all but the
Way.
I left for the light but got lost in the name of
Selfish ambition where the streets had no say
And prudence did flee during cynical joy.
My name is sway and I am discoursed;
My tea has been filled with the flood of man
And flesh wounds are my meals on every
Sunday morning.
I am like weeds in the drought after storm. 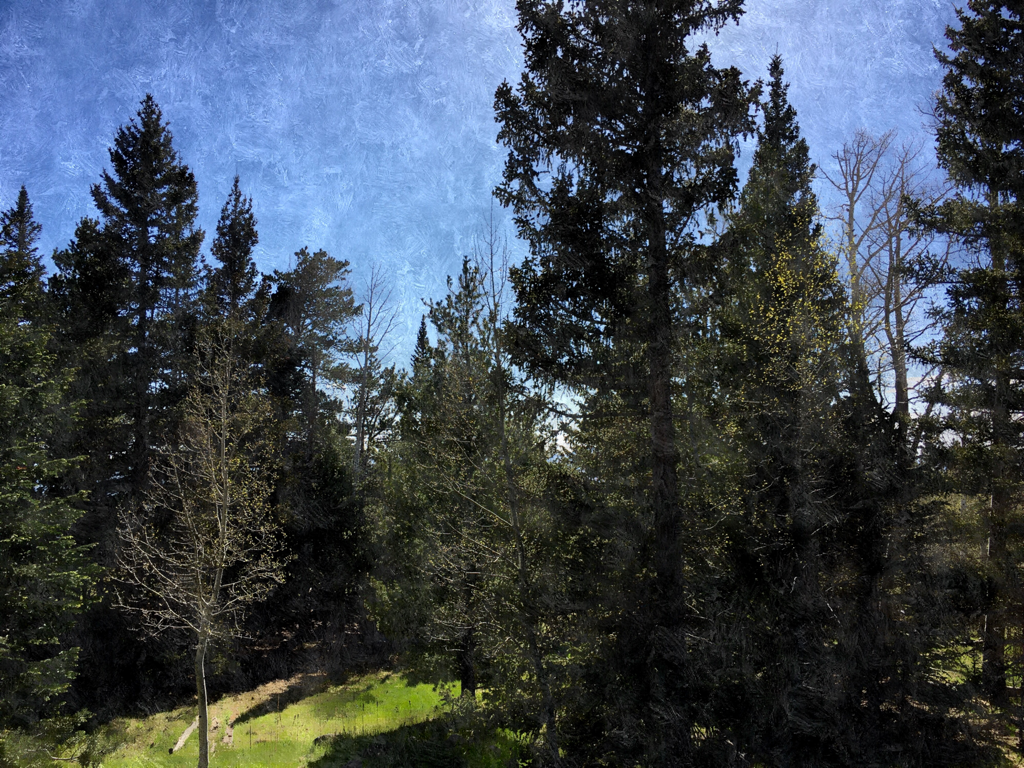 Forest, forest
Circle of dear beloved; a manger sits near
And its presence tells many tales from the days
When me and Audrey ran through each crevice and
From the center of ancient buildings; a pillar of wood, I heard a voice that spoke hefty and loud.
This juggernaut being with me and Audrey became
Something I looked for in these days.
Forest, Forest of animals and embers,
Bring me back to a time of innocence
And sojourns; batless lantern lights and
Likeminded children and maybe then
we can rest our tired souls. 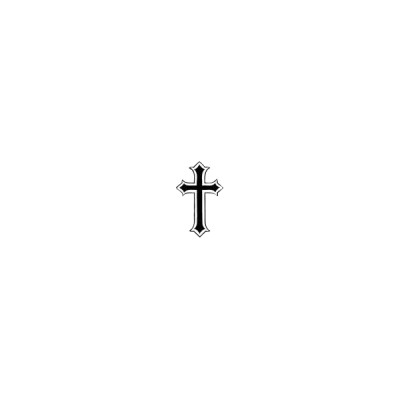